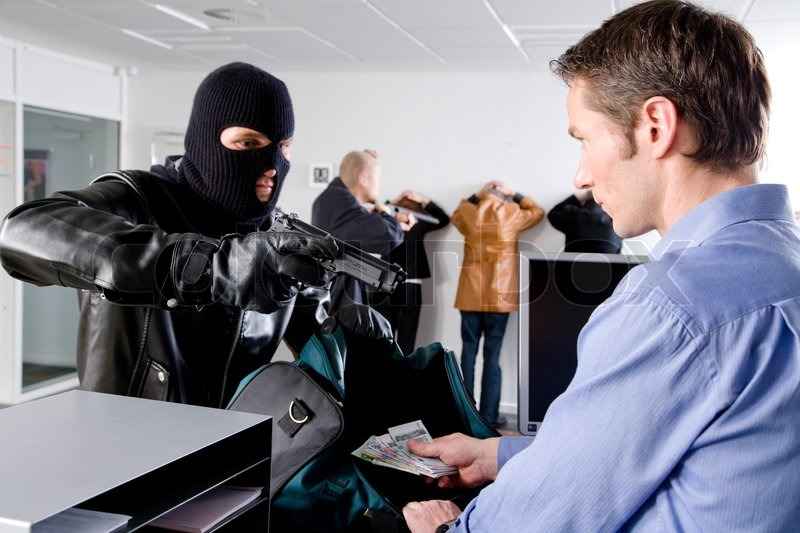 Title 18, Section 2113 of the United States Code is known as the Federal Bank Robbery Act. Section 2113(a) states:

Whoever, by force and violence, or by intimidation, takes, or attempts to take, from the person or presence of another, or obtains or attempts to obtain by extortion any property or money or any other thing of value belonging to, or in the care, custody, control, management, or possession of, any bank, credit union, or any savings and loan association; or

Anyone who violates Section 2113(a) is subject to up to twenty (20) years imprisonment in the Bureau of Prisons and/or a fine under Title 18 of the United States Code.